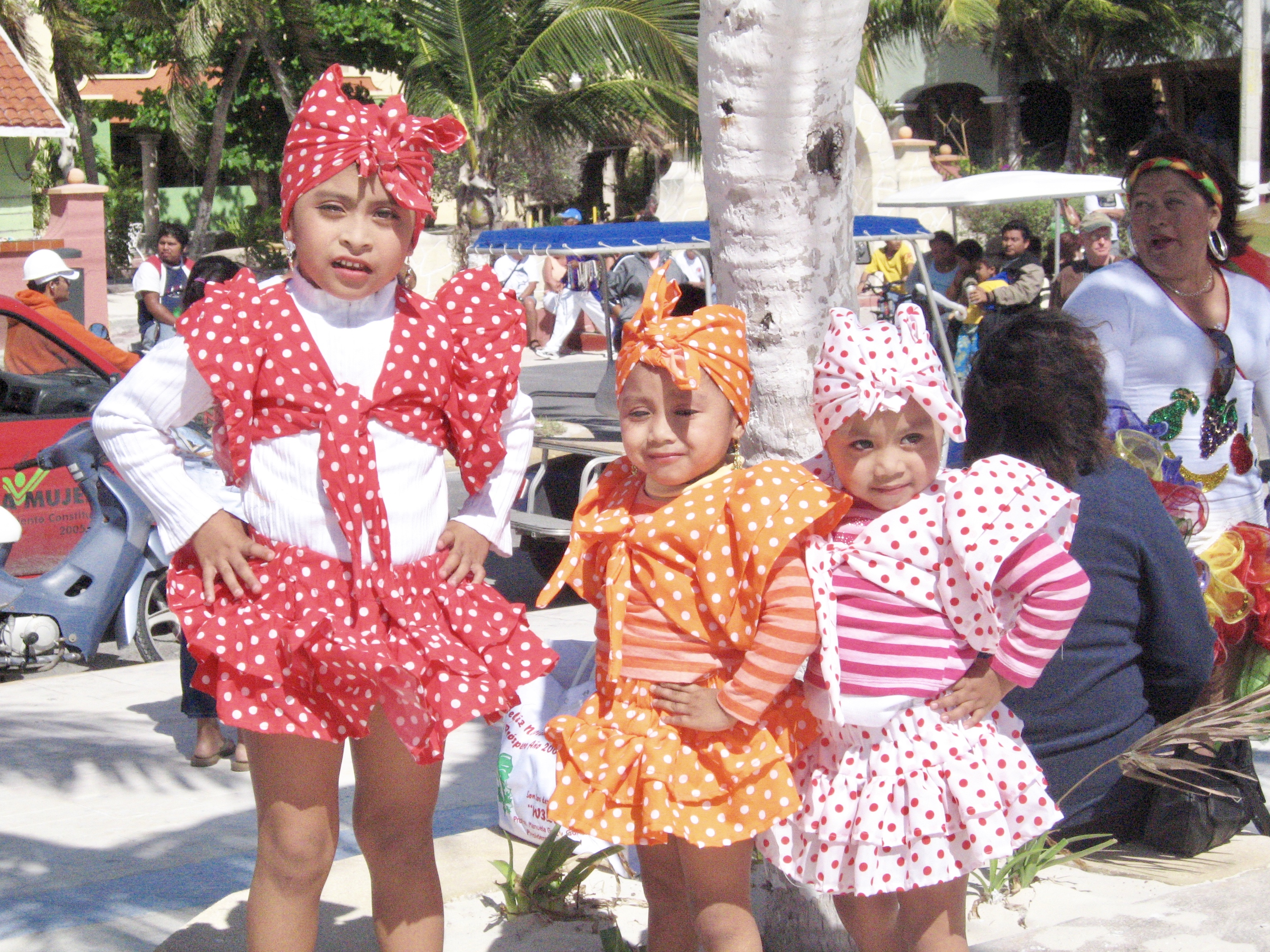 Special Events on Isla Mujeres are indeed special. Not to be missed is the New Years Eve celebration in the town square, a party that lasts all night long! The Isla Carnival (February or March depending on the year) with a full 5 days and nights of dancing, parades and shows.

For nearly a decade, Nashville has opened its heart to the children of Isla Mujeres in what has become a perfect combination of good times and goodwill. The music festival and fishing tournament takes place in February. Proceeds from the week’s activities and the accompanying online auction benefit the operations of the island’s Little Yellow Schoolhouse and its service to local, special needs children. 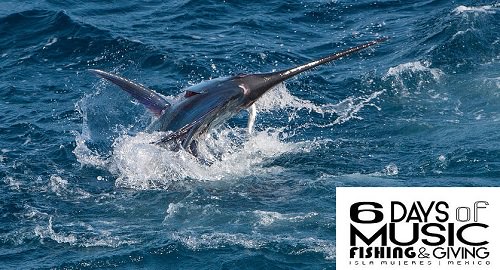 Every year, Nashville & Key West opens their hearts to the children of Isla Mujeres in what has become a perfect combination of good times and goodwill.  For nearly a decade, The Island Time Music and Fishing Fest has given music lovers and fishing enthusiasts the opportunity to interact with talented writers and performers under the welcoming skies of Mexico’s best kept secret—the island community of Isla Mujeres.For six days next February, attendees will enjoy world class performances daily in intimate venues across the island, with unparalleled access to the artists.

Fishermen will take to the neighboring waters in pursuit of migrating sailfish and top honors in an organized fishing tournament. Best of all, proceeds from the week’s activities—and the accompanying online auction—benefit the operations of the island’s Little Yellow Schoolhouse and its service to local, special needs children. Visit Island Time Fishing Tournament and the Island Time Music Festival for information and tickets to the events and activities.September 16 is one of Mexico’s most important holidays. Every year, local mayors and politicians re-enact the famous Grito de Dolores. In Mexico City, thousands congregate in the Zócalo, or main square, on the night of the 15th to hear the President ring the same bell that Hidalgo did and recite the Grito de Dolores. 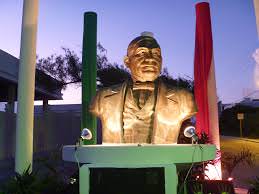 It may come as a surprise to many of you that Cinco de Mayo is not Mexican Independence Day.

Not to be confused with Cinco de Mayo, which commemorates the Mexican army’s victory over the French forces of Napoleon III on May 5, 1862, at the Battle of Puebla, Mexican Independence Day marks September 16, 1810, the day when priest Miguel Hidalgo y Costilla urged Mexicans to rise up against the colonial government of Spain. The call today is often referred to as the Grito de Dolores, or Cry of Dolores, named after the town of Dolores—now Dolores Hidalgo—where the cry was originally uttered, Hidalgo is believed to have said, “My Children, a new dispensation comes to us today…Will you free yourselves? Will you recover the lands stolen 300 years ago from your forefathers by the hated Spaniards? We must act at once.”) Independence was not won immediately, but that day—and its uprising—is typically considered the beginning of war that eventually brought the country independence in 1821.

Though September 16 is a day of full-blown festivities, celebrations of Mexican Independence Day actually begin at 11 p.m. on September 15, when Mexico’s president rings a bell at the National Palace in Mexico City and repeats Hidalgo’s famous words, to crowds that have gathered at the Plaza de la Constitución, or Zócalo, one of the largest public plazas in the world. After each line, many of which tout key figures in the revolutionary, the spectators—an estimated more than 500,000 citizens and tourist—chant back, “¡Viva!” (This ritual is repeated in squares around the country.) 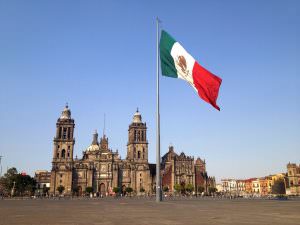 Streets are decorated with flags, flowers, and lights in the flag’s colors of green, white, and red. There are parades, rodeos, bullfights, and street parties, and more vendors than usual sell an assortment of whistles, horns, and toys. Fireworks (and fire) too, are a large part of the celebration: braided stalks of willow and palm are set aflame, and sell—and launch—fireworks and firecrackers. 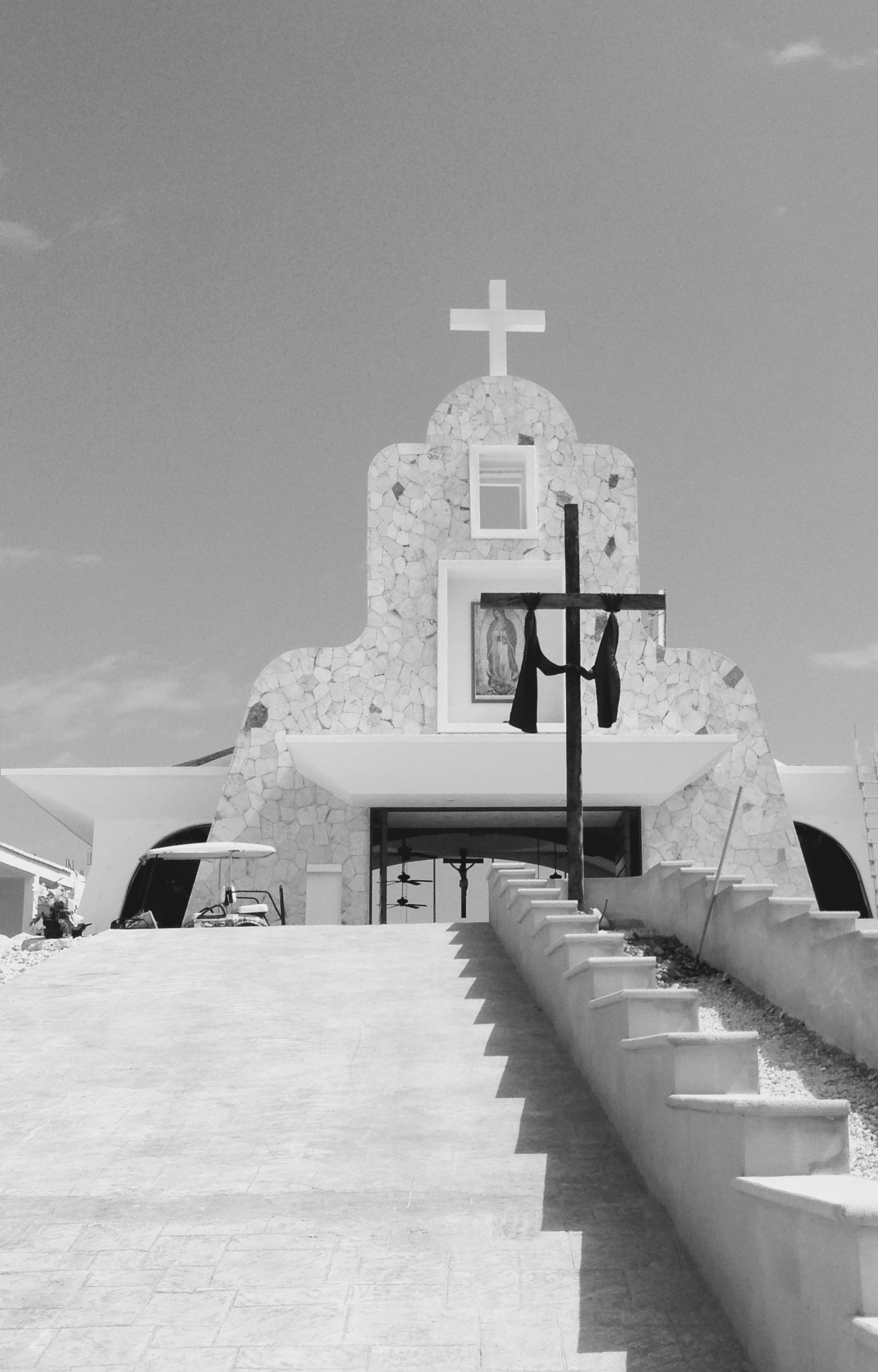 The crowd roars, cheers and chants, and fireworks light up the sky. On the 16th, every city and town all over Mexico celebrates with parades, dances and other civic festivals.

Most Mexicans celebrate by hanging flags all over their home and spending time with family. A feast is usually involved. If the food can be made red, white and green (like the Mexican Flag) all the better!

Don’t miss the Isla Mujeres Artist Fair, every 1st & 3rd Thursday of the month, 4 – 9 pm at the Cultural Center on Avenue Abasolo and the Malecon in Centro during high season, November-May, rain or shine. Local Mexican and documented foreign resident artists, food vendors, and local non-profits share their talents with the residents & visitors of Isla Mujeres.

Have you ever celebrated Halloween in Mexico?  “Dia de los Muertos”, as it is called in Spanish.

Day of the Dead

The Day of the Dead (El Día de los Muertos in Spanish) is a Mexican and Mexican-American celebration of dead ancestors which occurs on November 1 and November 2, coinciding with the similar Roman Catholic celebrations of All Saints Day and All Souls Day. While it is primarily viewed as a Mexican holiday, it is also celebrated in communities in the United States with large populations of Mexican-Americans, and to a lesser extent elsewhere in Latin Ame 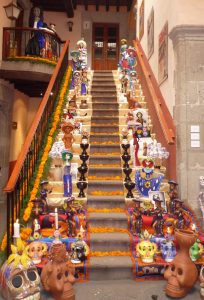 The holiday is celebrated joyfully, and though it occurs at the same time as Halloween, All Saints Day, and All Souls Day, the mood of The Day of the Dead is much lighter, with the emphasis on celebrating and honoring the lives of the deceased, rather than fearing evil or malevolent spirits.

The origins of the celebration of The Day of the Dead in Mexico can be traced back to the indigenous peoples of Latin America, such as the Aztecs, Mayans Purepecha, Nahua and Totonac

Rituals celebrating the lives of dead ancestors had been performed by these Mesoamerican civilizations for at least 3,000 years. It was common practice to keep skulls as trophies and display them during rituals to symbolize death and rebirth. The festival which was to become El Día de los Muertos fell on the ninth month of the Aztec Solar Calendar, near the start of August, and was celebrated for the entire month. Festivities were presided over by the goddess Mictecacihuatl, known as the “Lady of the Dead”. The festivities were dedicated to the celebration of children and the lives of dead relatives.

When the Spanish Conquistadors arrived in Central America in the 15th century they were appalled at the indigenous pagan practices, and in an attempt to convert the locals to Catholicism moved the popular festival to the beginning of November to coincide with the Catholic All Saints and All Souls days. All Saints Day is the day after Halloween, which was in turn based on the earlier pagan ritual of Samhain, the Celtic day and feast of the dead. The Spanish combined their custom of Halloween with the similar Mesoamerican festival, creating The Day of the Dead. 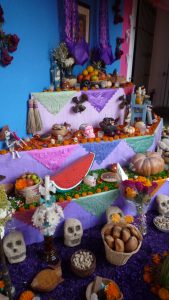 The souls of children are believed to return first on November 1, with adult spirits following on November 2. Plans for the festival are made throughout the year,including gathering the goods that will be offered to the dead. During the period of October 31 and November 2 families usually clean and decorate the graves. Some wealthier families build altars in their homes, but most simply visit the cemeteries where their loved ones are buried and decorate their graves with ofrendas, or offerings.

These include wreaths of marigold, which are thought to attract the souls of the dead toward the offerings, and toys brought for dead children (los angelitos, or little angels) and bottles of tequila, mezcal, pulque or atole for adults.

A common symbol of the holiday is the skull, which celebrants represent in masks called calacas. Sugar skulls, inscribed with the names of the deceasedon the forehead, are often eaten by a relative or friend. Other special foods for ElDía de los Muertos includes Pan de Muertos (bread of the dead), a sweet egg bread made in many shapes, from plain rounds to skulls and rabbits. 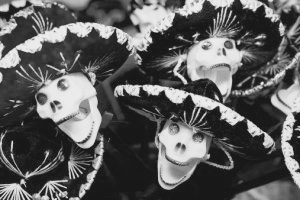 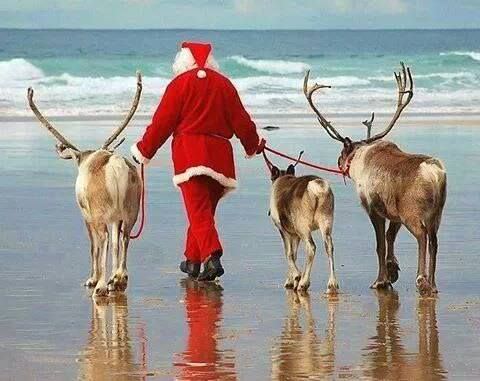 Christmas in Mexico is celebrated during a season that begins in early December to January 6, with one other related event on February 2. During this entire time, one can see nativity scenes, poinsettias and Christmas trees. The season begins with celebrations related to the Virgin of Guadalupe, the patroness of Mexico, followed by traditions such as Las Posadas and pastorelas.

There is a mass and feast on Christmas Eve, the arrival of the Three Wise Men on January 6 ending with Candlemas and the presentation of Child Jesus images at churches. These traditions are a mixture of remnants from the pre-Hispanic period, Spanish traditions, traditions created during Mexico’s colonial period and later adaptations from German and United States Christmas traditions. 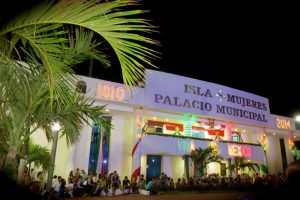 My Casa Is Unique Because....

.....there isn't a more perfect location on Isla Mujeres that would present such spectacular views and the convenience of being so close to town - yet maintain the privacy that desired. I like being able to walk everywhere. I ove that I have a view of the bluest of blue Caribbean water from every room of the house. This home has panoramic views that you will never tire of from every balcony. The pool deck (and every balcony) is furnished for outdoor dining - perfect spots for sipping morning coffee. Cocktails while watching the majestic Isla Mujeres sunsets are always a highlight of the day. From this location, it is so simple, and such an easy walk, to get to all the shops, restaurants and, of course, Playa Norte - one of the top ten beaches in the world.

After purchasing this house, I spent the following year, with the help of an outstanding and hardworking construction crew, deconstructing the two year old house and then reconstructing it - making it a home. Casa Música del Caribe, the "House of Caribbean Music",  is now one of the most requested and sought after vacation homes on the island. RELAX - RECONNECT - REWIND to the soothing music of the Caribbean waves crashing gently on the shore and the refreshing ocean breezes that flow through the home. I am happy to offer guests Isla luxury without luxurious prices.

I Am Always Happy To Assist Guests and Answer Questions About My Casa Home and About Isla Mujeres.